One Year Later: Are the Blue Jays Better or Worse Without Alex Rios?

Every day, I’m reminded of what happened this very day just one year ago as an Alex Rios figurine and Alex Rios bobblehead sit prominently on my desk.

In fact as I type this blog post, they’re both staring at me right now. Since I can’t seem to ever get away from Alex Rios, I constantly wonder if the Blue Jays did the right thing to let him go.

If we’re going just on statistics alone, Alex Rios is having a fine year as the Chicago White Sox centre fielder. With 17 home runs, and a batting average at .296 and a WAR of 2.9, Rios has settled very nicely in the south side of Chicago.

While it was great to have his $61.65 million dollar contract come off the books for the Blue Jays, I’m torn as to whether the Blue Jays are better or worse off one year later without Alex Rios.

The Jays gained some short-term financial flexibility by having the White Sox take on Rios’ contract, but if the trade was financially driven in the first place, what was the point if the Blue Jays didn’t spend that money in the off-season?

Even worse, the only thing the Blue Jays received in return for Alex Rios was that financial flexibility. They sold low on one of their most promising players, and at the time the Jays didn’t really receive true value for Alex Rios.

Looking back, in my mind trading Alex Rios to the White Sox seemed like a Hail Mary move for J.P. Ricciardi. It reeked of a last ditch effort to save his job after the two of the biggest faces of the franchise in Rios and Wells were having horrible seasons.

Ricciardi did employ some cost-cutting measures to save the Blue Jays front office a whack of money by letting go of Alex Rios, but at what cost? For that reason, I think it was maybe a little early for the Blue Jays to pull the rip cord on Alex Rios.

One can’t say for sure if he would’ve had the same year in Toronto as he is in Chicago, but if he were still in a Blue Jays uniform I can’t imagine Alex Rios would’ve been much worse in 2010 than he was in 2009. Vernon Wells has bounced back from his awful 2009, and I truly believe Alex Rios would have done the same.

As talented as Alex Rios was (and still is), no player is ever irreplaceable. Almost as if right fielders are manufactured on an assembly line, there will always be another one to fill the hole. It may not be as flashy as the previous model, but eventually it will take the former’s place and pretty soon folks will forget the original version even existed.

For me though, that day has not arrived yet. The Alex Rios wounds are still a little fresh, but give me another year and I’ll probably have a brand new mancrush in right field.

Ian Hunter
Ian has been writing about the Toronto Blue Jays since 2007. He enjoyed the tail-end of the Roy Halladay era and vividly remembers the Alex Rodriguez "mine" incident. He'll also retell the story of Game 5 of the 2015 ALDS to his kids for the next 20 years.
Tags : Alex Rios     Chicago White Sox     J.P. Ricciardi     trade 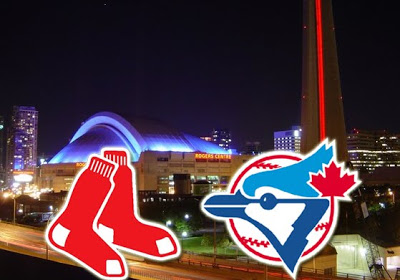 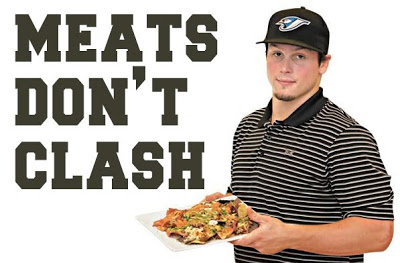