CBS Sports Writer Scott Miller put together a really great article about Scott Richmond that chronicles his journey from working on the shipyard docks in Vancouver to his current spot on the starting rotation with the Blue Jays. Also, next week there will be a special interview on The Blue Jay Hunter with someone who happens to be a Scott Richmond expert analyst. Stay posted to find out who it is!

Casey Janssen had a great outing in Dunedin yesterday going 5 strong innings and only giving up 1 run on 4 hits. It looks like Janssen will make one more rehab start before joining the Blue Jays for the first time since September of 2007. I think the Blue Jays are still eyeing a May 17th return for Janssen, and I imagine that he will likely take Robert Ray’s spot in the rotation. I’ve always though Casey Janssen was best as a bullpen specialist, but I can’t wait for him to bring some much-needed experience to the starting rotation.

I know that the Oakland A’s are the opponent at hand this weekend, but we’re counting down the days to when the New York Yankees come to Toronto on Tuesday. It will be the epic match up of mentor versus protégé when Roy Halladay faces off against A.J. Burnett. As if that wasn’t enough fuel for the fire, Alex Rodriguez will also be in the lineup for the Yankees. Let the media circus begin.

Slowly but surely, our friends south of the border are starting to take notice of the Blue Jays. Yesterday on “Around the Horn”, the panel discussed whether or not the Jays are for real, with most of them saying that they do have what it takes to compete in the AL East. Check out the podcast and fast forward to the 13:40 mark to pick up on the Jays chat.

Just in case you were wondering, 19 percent of the 2009 season is complete and the Toronto Blue Jays have been in first place for a total of 27 days. Believe it!

Ian Hunter
Ian has been writing about the Toronto Blue Jays since 2007. He enjoyed the tail-end of the Roy Halladay era and vividly remembers the Alex Rodriguez "mine" incident. He'll also retell the story of Game 5 of the 2015 ALDS to his kids for the next 20 years.
Tags : Around the Horn     Casey Janssen     Oakland A's     Scott Richmond     TGIF 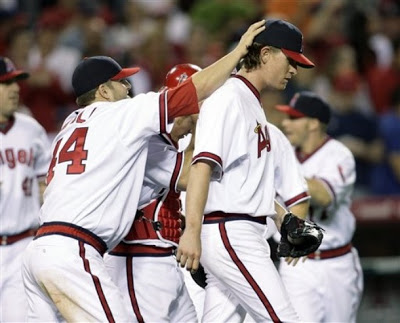 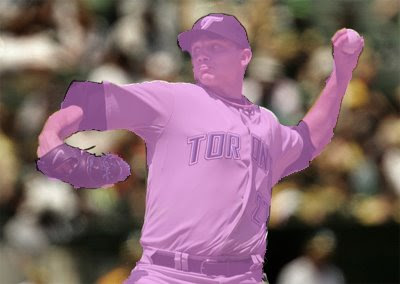 This one’s for Momma