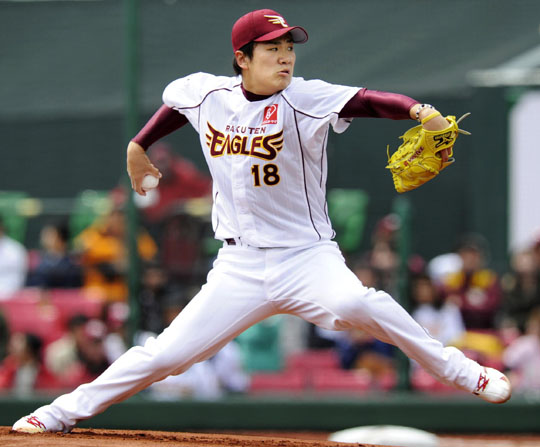 Stop me if you’ve heard this one before; the Toronto Blue Jays should make a play for a young Japanese phenom pitcher that will likely be posted in the offseason.

For many, it reminds us of that long December night when we were huddled over our keyboards waiting with bated breath to see if the Blue Jays did in fact land Yu Darvish. Despite multiple reputable sources insisting Toronto had the winning bid, they did not.

So if this is starting to sound like Yu Darvish 2.0, it’s because it is.

Masahiro Tanaka is the latest phenom from Japan that has everyone abuzz. And it just so happens the Toronto Blue Jays are in desperate need of not just starting pitching, but elite starting pitching.

Even though he has seven years experience in the Japanese Pacific League playing for the Tohoku Rakuten Golden Eagles, Tanaka is incredibly just 24 years old. He embarked on his JPL career at the ripe young age of 18.

As a comparison, Blue Jays rookie Kevin Pillar is also 24 years old with not even one month of big league experience under his belt.

The posting of Masahiro Tanaka presents a very unique opportunity for the Blue Jays; they have the ability to sign a young elite pitcher with a tonne of upside. All they simply have to do is be the highest bidder.

The Blue Jays don’t have to worry about their reputation to the prospective player, or overcome any sort of preconceived notions about playing in Toronto. It all comes down to dollars and cents.

If the Blue Jays could sign Tanaka, that means they wouldn’t have to dip into the relatively shallow free agent pitcher pool this offseason, and wouldn’t have to overpay starters that may be on the decline like Matt Garza or even A.J. Burnett.

Of course there’s is still an inherent risk with signing a relative unknown to folks in North America like Masahiro Tanaka. But they’re the very same risks that came with signing Yu Darvish as well.

And he may just be pulling the classic Anthopoulos “due diligence” line, but word from Bob Elliott is the Blue Jays have already been over to Japan to scout Masahiro Tanaka in person.

These are the very same reports leading up to the Yu Darvish posting as well, so it shouldn’t be any surprise the Blue Jays front office is at least checking in on Masahiro Tanaka.

Frankly with these career numbers, how could they not? These stats are enough to make anybody salivate, with the caveat of course being that Tanaka pitched in the JPL and not MLB.

Obviously the million dollar question here is … will Masahiro Tanaka end up being the next Yu Darvish, or will he be more like the next Daisuke Matsuzaka? Or will he be somewhere in the middle?

If you asked the Texas Rangers front office, I’m sure they’d say they’re very pleased with the results from year one and two of Yu Darvish’s 6 year/$60 million dollar contract. Then again, in retrospect the Red Sox would probably say the same about the first two years of Dice-K’s deal as well.

The jury’s still somewhat out on whether Yu Darvish has a long career ahead of him as a successful pitcher in the major leagues, but he has definitely made a big impact for the Rangers in the short term.

And that’s a similar position the Blue Jays find themselves in with the possibility of signing Masahiro Tanaka. There are no guarantees he’ll be the “ace” they’re looking for, but he could very well pull a Yu Darvish and carve up American League hitters to start off.

I say “start off” because like any new pitcher, it seems like there’s an adjustment period for opposing hitters. The initial advantage usually goes to the pitcher; but as the league continues to cultivate footage and Tanaka begins to develop a reputation, hitters will adapt.

Even if that’s the case, if his results in Japan are any indication, Tanaka is bound to have at least a few successful seasons playing in North America … if not a few more. And he’d likely do it for less per season than Yu Darvish, as well.

So here’s where the Blue Jays are at a crossroads; do they attempt to make a play at Masahiro Tanaka or do they just stay out of it altogether?

Judging by how much of a PR nightmare the whole Yu Darvish situation went for the Blue Jays, I can’t blame Alex Anthopoulos if he didn’t even want to get tangled up in the whole bidding process this time around.

After all, it’s a great deal of money to spend on a pitcher who they’d know relatively very little about. And Masahiro Tanaka is not a pitcher which the Blue Jays can use traditional scouting methods on.

But my thought process is the Blue Jays should at least make a bid. It’s easy for me to say because it’s not my money, but the fact is the Blue Jays are going to have to spend money on starting pitching in some shape or form this offseason.

Whether that’s acquiring it via trade and then paying the subsequent salary, or signing a free agent, Toronto absolutely needs to upgrade their starting rotation. And dropping $100 million or so on Masahiro Tanaka would be a step in the right direction to bolstering the pitching staff.

Just so long as Masahiro Tanaka’s results are more like Yu Darvish and less like Daisuke Matsuzaka’s. 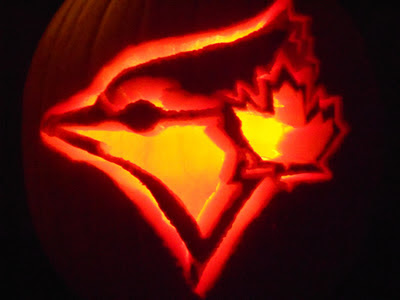 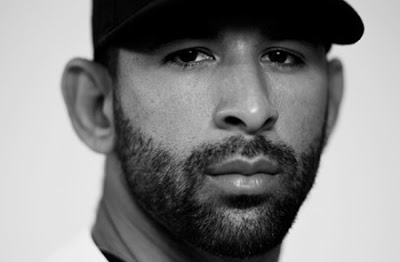 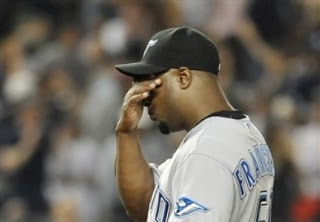 Let’s Be Frank About Frank Francisco

2 thoughts on “Should the Blue Jays Sign Masahiro Tanaka?”