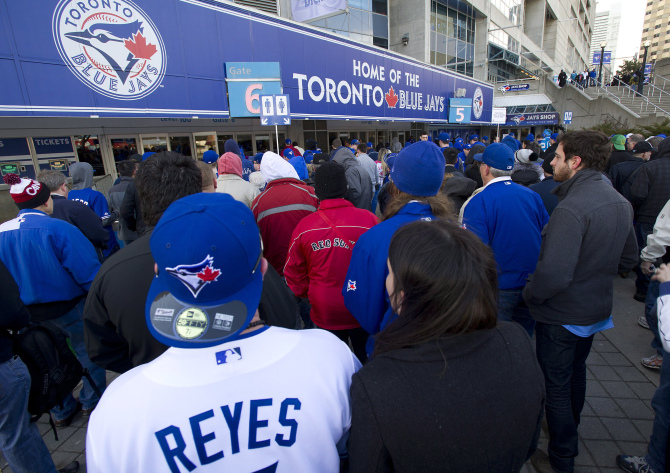 Whether they realize it or not, quite often the actions of a few speak for many. For the most part, the majority of fans of the Toronto Blue Jays are well behaved. But as usual, a few bad apples in the crowd are giving Blue Jays fans a bad rap.

It seems like their reputation has taken quite the a hit lately in the media, and the latest stemming from Justin Jackson’s incident over the weekend with Yankees security. There was Justin’s story, and then the rebuttal from the Yankees in Brendan Kennedy’s piece in the Toronto Star.

The latest development came Tuesday when it was confirmed the patron did in fact throw peanuts at players in the Yankees bullpen. I’m sorry, but at that point I have no sympathy for fans getting kicked out for throwing things, because that’s just inexcusable.

Regardless of whether it was a shelled peanut, an unshelled peanut, a bag of peanuts, or a peanut tree, you waive your rights to be treated fairly the instant you throw something.

I found the funniest part was the fan’s excuse was he was trying to “pick up the team”. Hey, here’s a thought; why not cheer on the Blue Jays instead?

The incident raises a bigger question though; are Blue Jays fans as the Toronto Star suggests, among the most unruly and drunkest in all of baseball?

My first instinct is to say “no”; but judging by how select fans have acted the first three weeks of the season, I can certainly see why others around the league would agree with that assessment.

Here’s why I’m on the fence about the whole heckling issue; while paying patrons to the Rogers Centre do have the right to cheer or boo for whomever they wish, that doesn’t entitle them to be an unmitigated idiot.

What I don’t understand is people who pay for a ticket to a Blue Jays game, and then proceed to heckle one of the opposing players for nine straight innings. When I go to a ball game, I go to watch the Blue Jays … not to yell obscenities at an opposing player.

Another thing I don’t get is why some people choose to relentlessly heckle the first or third base coaches, or even players in the bullpen. These guys aren’t even in the game, and yet some treat them as though they’re the second coming of A-Rod.

Much like the fan who threw peanuts into the Yankees bullpen, it’s presumptuous to think heckling the opposition has even a remote effect on the outcome of the game. If anything, all that time and energy would be much better suited in cheering for the home team.

By no means am I indicating that heckling should be banned; a little ribbing here and there never hurt anybody. In fact, some players like Vernon Wells take it all in stride and actually have a great back-and-forth with visiting fans.

The issue here isn’t the majority of fans who come out to cheer on the Blue Jays in a civilized manner, it’s the ones that get obliterated and make asses out of themselves – those that get the most attention.

The ones that throw their beers down from the 500 level, throw paper airplanes onto the field, and the ones that generally cannot hold their alcohol. These are the fans that make the front page of the paper and give everybody else a bad rap.

Typically incidents like these at the Blue Jays games have been few and far between in the past, but lately it seems like they’ve either become much more prevalent or they’re garnering much more attention than ever before.

This is hardly is an isolated incident specifically in Toronto; there are misbehaved fans all across the league. In a gathering of 20,000, 30,000 or even 40,000 or more people, there are bound to be a few bad apples in the bunch.

It’s just that these misbehaving fans in Toronto seems to be drawing more ire from the media this time around. Perhaps it just fits in with the current Blue Jays narrative; a struggling team with an unruly fan base. Because surely if the team were living up to expectations, maybe this wouldn’t even be a newsworthy topic.

When high profile teams like the Boston Red Sox and the New York Yankees come to town, fans usually come out in droves to the Rogers Centre. But one of the negative side effects of all that extra attention is it puts Toronto under the microscope.

I don’t want to sound like I’m a proponent of sitting there quietly at the Blue Jays game and clapping or cheering only at appropriate times. Sometimes folks congregate at the Rogers Centre simply to have a good time, and the game itself is secondary.

Ultimately, everyone who comes to the Blue Jays game should be there in the hopes of having a good time. However, one thing they should not plan on doing is having fun at someone else’s expense.

When a select few put a black eye on the Blue Jays fan base, that’s what really bothers me. Because I know there are a great deal of true, genuine fans out there … and unfortunately their voices fade in the background.

Not everyone has to be a die hard Blue Jays fan to go to the game at the Rogers Centre, but everyone does have to be respectful. So please keep this in mind the next time you head to the ballpark.

Be respectful to your fellow fan, because after all … we’re all on the same team here. 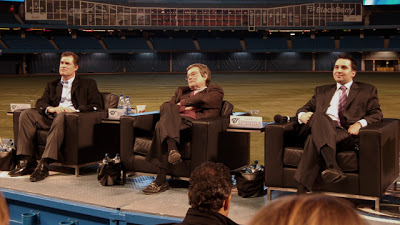 The State of the Franchise Recap 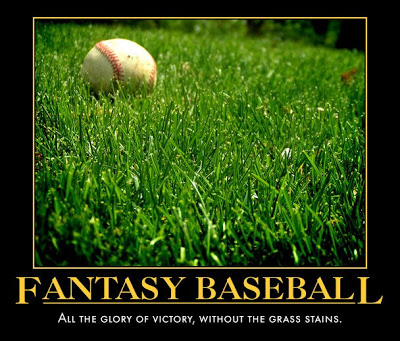 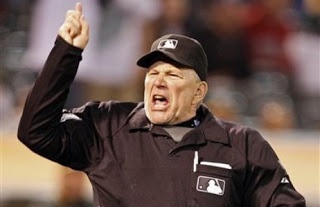 A Second Look at the Bob Davidson Incident

7 thoughts on “Blue Jays Fans Are Getting a Bad Rap”