Well, I’d say a 2-2 record is a pretty good way to start a 10-game road swing, don’t you think? I know most people would have rather swept a struggling Los Angeles Angels squad, but their lineup was bound to turn it around sooner or later.

It’s just unfortunate that Albert Pujols and his teammates had to rediscover their stroke in the final two games of their homestand. Considering how great the Angels rotation is on paper, I’d say splitting the series with them was very respectable.

Middle of the Rotation

Somebody asked me on Twitter over the weekend what I thought was the most surprising thing about the 2012 Blue Jays thus far. And I would absolutely say it’s the middle of the starting rotation.

Aside from Ricky Romero, the two through five starters were big question marks at the onset of the season. The Blue Jays aren’t out of the woods yet by any means; but Brandon Morrow, Henderson Alvarez and Kyle Drabek are certainly exceeding expectations.

Drew Hutchison has been taking his lumps these past few starts, but that’s to be expected from somebody who only had just over 31 innings of work above A ball before his very first big league start.

Although there are other concerns on the roster, it’s nice to not have to worry about who is taking the hill any given night, because the possibility is always there to see a Blue Jays starter throw a gem of a game.

With the good comes the bad, and Adam Lind is pretty easy target these days. It also doesn’t help that John  Farrell continues to have Lind hit in perhaps the most crucial spot in the lineup.

At first I thought it was because John Farrell was trying to coddle Adam Lind so to speak. But that went completely out the window as Farrell continually sits Lind against left-handed starting pitchers.

So whichever excuse John Farrell wants to provide this week, I’m simply not buying it. Edwin Encarnacion should be batting cleanup no matter what and the Blue Jays aren’t doing themselves any favours by having Lind batting fourth.

If anything, John Farrell should move Adam Lind down in the lineup to help him regain his confidence. And if he flourishes in a lower leverage spot in the lineup, then they can consider promoting Lind back to the cleanup spot.

Who knew Omar Vizquel was since a good dancer? He must be picking up some dance tips from Edwin Encarnacion. 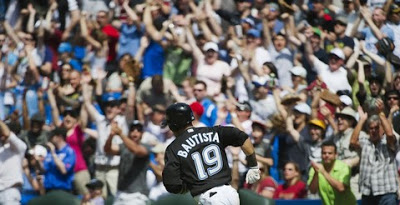 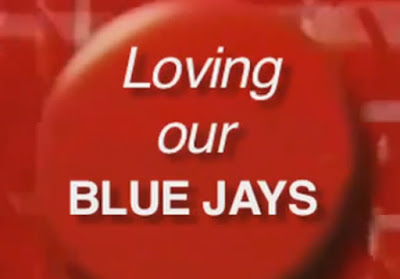