First and foremost, I’d like to say thank you to the Blue Jays for putting together the State of the Franchise. It was primarily for season ticket holders, but luckily yours truly was able to make it in via invitation.

I have to say, the cold desolate winter months are especially taxing on baseball fans, so I was nice to have a brief break from winter’s cold grip. Even with the threat of a winter storm outside, it was great to talk about the boys of summer with the Blue Jays fanbase.

Even though some would consider the 2012 Blue Jays off-season to be a PR disaster, there actually weren’t that many hostile season ticket holders at the State of the Franchise. To atmosphere was actually very positive, and it seemed there were far more people in attendance this year than last.

There there were a few loaded questions, but as a paying customer, they’re more than entitled to be disappointed if their team did anything other than win the World Series.

I’ll start off with a few key questions and answers which I thought were the most telling. These came closer to the end of the State of the Franchise, but I thought they were some of the most prominent answers.

Obviously free agents were a hot topic, but it’s not as though the Blue Jays have sat idly by while the most coveted free agents signed elsewhere. By Alex Anthopoulos’ comments, it sounded like the Blue Jays had offers on the table, but the players didn’t want to come to Toronto for various reasons:

“I can’t say the names, but there were two players who we offered more years and more dollars to. And we ultimately for other reasons couldn’t sign the player.

Considering that response came directly after a question about Carlos Beltran, one has to assume he was one of the two players Alex Anthopoulos was referring to. The identity of the other player is shrouded in a bit more mystery, but Mike Wilner suspects it was Ryan Madson.

I’m willing to bet it was a reliever, and Ryan Madson and Heath Bell probably would have been excellent guesses. So maybe the Blue Jays had a lot more offers on the table than most thought.

Regarding the turf, it actually played a far more pivotal role than I thought when it comes to attracting free agents. One fan went so far as to call it a “patchwork quilt” and another called it an “eyesore”.

Interestingly enough, it turns out the Blue Jays have actually explored the possibility of converting the Astroturf into a grass field according to Paul Beeston.

“We’re actually examining the ability of bringing grass in here. This is a multi-purpose stadium, it doesn’t mean we’re going to do it … but we’ve brought grass in here for soccer before, so it will work.

We are looking at it because from our point of view and Alex just brought it up … this gentleman over here was talking about whether or not we can attract free agents and whether we can bring players here. Some don’t want to play on turf.”

The big elephant in the room had to do with signing of free agents (or lack thereof), and was addressed right off the top by the Master of Ceremonies, Buck Martinez.

He lobbed a leadoff question to Paul Beeston regarding how long-term contracts might or might not fit into the organization’s philosophy:

Once you get over that, that did not make a whole bunch of sense for the Toronto Blue Jays, given where we want to go and what we want to do, and given our options into the future.”

I know this sudden “no more than five year contracts” puts the Blue Jays in a tight spot when it comes to attracting free agents who want to sign long term, but I think I’m beginning to understand this strategy.

I think it all comes back to the Vernon Wells contract. The Blue Jays luckily dodged a bullet by shedding that contract, but just think how much money would be tied up in him right now had that trade not gone down.

Vernon would’ve needed to be one of the elite outfielders in the game to substantiate that kind of money for one player. And even then, it would be a hell of a lot of money annually for just a single player on the roster.

All this makes me feel a little better about the Blue Jays not making a push for Prince Fielder. Even a player of his calibre, history dictates that his production will drop off as he ages. And in the 9th year of his contract when he’ll arguably be at his worst, Fielder will be making $24 million dollars.

There’s no question AA has built a reputation as a cold, calculated Silent Assassin, and yet despite some shrewd moves over the past few seasons, he assured ticket holders he wasn’t merely trying to amass draft picks and/or prospects:

“The plan wasn’t to continue to lose good big league players and collect draft picks. Certainly at the time … having a good sense the CBA was going to change, that was the time to do that. If all we’re going to sit here and do for the next 5-10 years is collect draft picks, we’re not going to see a product out on the field.”

As far as current members of the roster goes, there really wasn’t all that much discussion in regards to the depth chart, aside from the battle in left field which John Farrell addressed:

“The one area on the field that we go into Spring Training that’s a focal point as far as competition will be left field. Both Travis Snider and Eric Thames will compete head up for the majority of those every day at bats.

We’ve also added Ben Francisco, Rajai Davis, so there are players in place that could end up with a platoon situation. But through those four players, it gives us enough depth internally to win that position outright in Spring Training”.

The bullpen overhaul was the most active front this off-season for the Blue Jays, and Farrell touched on the pen, noting that he would try to establish more defined roles for his relievers this season. Overall in his rookie season as a manager, John gave himself a “C” which is a fair assessment.

For a fanbase that was portrayed by some as being fed up and wanting answers, the season ticket holders for the most part were pretty tame and understanding. There were the odd few who called out AA for not signing Player X or Player Y, but he explained the rationale behind it and that was fine enough for me.

Ultimately, I think most understand that John, Alex and Paul are just trying to do their job and their primary goal is not to shortcut things or to trim payroll … it’s to win. And as fans, it’s our job to let them do their job.

There were many lifelong fans that were in attendance at the State of the Franchise, and during this team’s history, they’ve seen it all; from the gong show of those early expansion days, to the Drive of ’85, to the Back-to-Back World Series.

Looking back on it all, I don’t think they’ll ever resent the organization for not signing this player or trading to get that player. What really matters is that the Blue Jays have a plan and don’t deviate from it. Just stick with the script, and all should be fine in the long run. 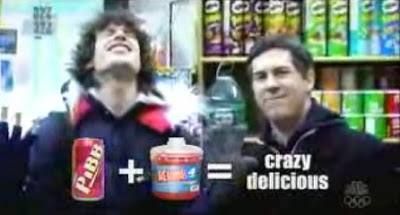 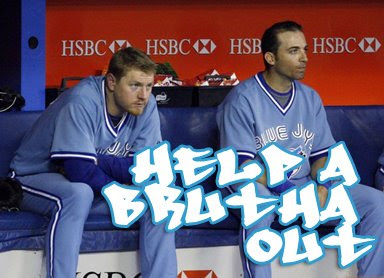 Jays lose battle of the bullpens

4 thoughts on “The State of the Franchise Recap”