By all accounts, Brett Lawrie hit yesterday’s massive walk-off home run on his own accord. Lawrie took Dan Wheeler deep to end the game all by himself … or did he?

Upon reviewing the home run replay, it appears as though Brett Lawrie may have received a little help from the fabled “Man in White”, who was indeed in the outfield seats during yesterday’s game.

Who exactly is the Man in White and what does he look like? The screencap below reveals the deep, dark secret the Blue Jays have been hiding for years:

Up until this point, I’m sure you’re aware this post has been satirical in nature, but I assure you that screencap is 100% real. I wish it wasn’t, but it was taken mere seconds after Brett Lawrie’s ball landed in the outfield seats.

Who in their right mind still wears an “I’m With Stupid” T-shirt out in public? Not to mention, the fan felt very artistic and designed the shirt by hand with black magic marker.

To this Man in White, I say congratulations on sporting a shirt (a homemade one nonetheless) with a meme was at the height of its popularity over a decade ago. You sure showed the guy sitting to the left of you!

As clever as that shirt was, I think he’d look much better in a shirt from the BJH T-Shirt Shop. In honour of the occasion, perhaps a white Spydome shirt?

Now we can finally put a lid on the whole ESPN “Man in White” investigation and just chalk it up to some guy in a trucker cap and a homemade “I’m With Stupid” shirt who couldn’t stop flailing his arms about.

Farrell is the Man 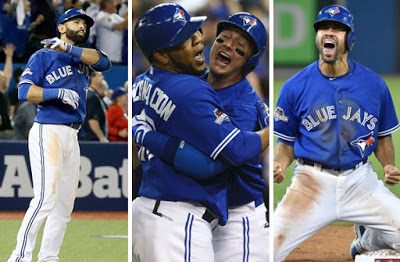 2 thoughts on “Brett Lawrie Discovers the Man in White”