One of the best things about baseball is there is no time limit; on any given day, a game could be finished in less than two hours (if Roy Halladay and Mark Buehrle are on the mound), or it could seemingly go on forever.

When a game takes six hours and thirty-seven minutes to play, it suddenly becomes less of a game of baseball and more of a game of who can simply survive the longest. And after 19 innings of utter craziness, the Blue Jays walked away with the victory.

Although the game didn’t feature any position players taking the mound, that game had just about everything else; two completely depleted bullpens, three starting pitchers entered the game, Marcus Stroman came in as a pinch runner, and both benches were used up.

The first nine innings of the game featured some sloppy plays from both the Blue Jays and the Tigers, but innings 10 through 19 was some of the most exhilarating baseball that’s been played all season long.

There were several stellar game-saving catches and defensive gems in the latter ten innings of the game. It actually defies logic because you’d think the sloppy plays would take much later in the game … not early on.

Not to mention, kudos to not only anyone who stuck through the entire 19 innings and 6 hours of baseball, but also to the folks who stuck around at the ballpark for the equivalent of two consecutive games in one day.

And considering that beer sales were cut off by the seventh inning, that meant the last 11 innings of the game were alcohol-free in the stands. So whichever fans were left after six hours and thirty-seven minutes of baseball probably left very, very thirsty. 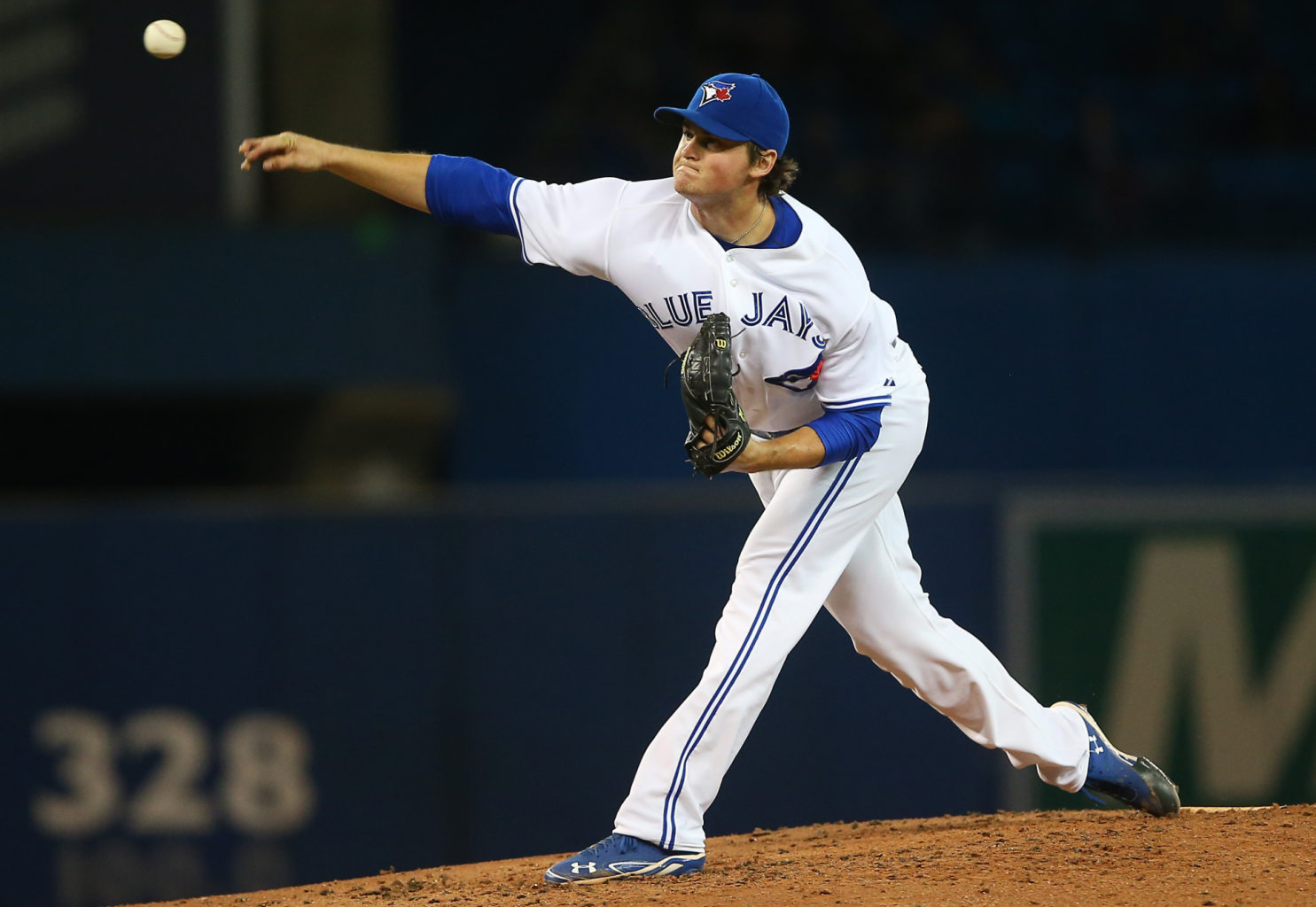 Of all the players to suit up for the Toronto Blue Jays this season, Chad Jenkins has unfortunately been the one who has racked up the most miles traveling to and from Triple A Buffalo.

I think it’s fair to say the front office has kind of jerked Jenkins around a bit this season, and at times the rationale for his demotions to the minor leagues have been worthy of a few head-scratches.

However, yesterday’s six innings of shutout relief may have finally solidified his position in the Blue Jays bullpen. First of all, the optics of sending down a guy who just pitched his tail off and saved the game would qualify as a cruel, cruel punishment.

Just consider this for a moment; hat tip to @James_In_TO and Brendan Kennedy for pointing out that if we’re going by WPA (win probability added) in a single game, Jenkins pitched the equivalent of a complete game shutout.

Also, considering that many of the Blue Jays young arms approaching innings caps, Chad Jenkins could always fill in as a member of the starting rotation and even pick up the odd spot start or two in the coming weeks.

I’m So Happy, Jose … I Could Kiss You Right Now

Not much to say here, but this might be the very best screencap of the 2014 Toronto Blue Jays season thus far. Here’s the GIF of said embrace for your viewing pleasure, as well.

I’m not sure if R.A. Dickey was grateful to Jose Bautista because he secured the game-winning hit, or because that meant Dickey didn’t have to pitch the 20th.

And again, after 19 innings of baseball … I’m sure most fans would duplicate R.A. Dickey’s gesture of appreciation if given the chance.

Report: Anthopoulos Rejected a Deal for Papelbon; Halladay May Have Advised Against Trade