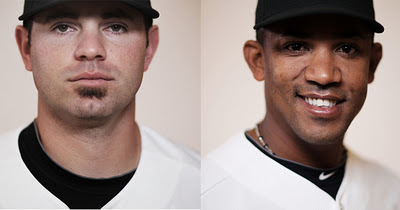 Does anybody else find it strange to see two players who were in Blue Jays uniforms in late July, poised to appear in the World Series?

It’s more of a testament to what can happen in September, but at the time of the trade, did anyone actually think that the deal involving Marc Rzepczynski and Octavio Dotel would be a turning point for the St. Louis Cardinals 2011 season?

If you listened to any of the Cardinals playoff coverage, that’s what they made it sound like. Dotel and Rzepczynski not only helped St. Louis get into the playoffs by the skin of their teeth, but they also helped them stave off the Phillies and Brewers.

I’m not going to dispute the talent of Marc Rzepczynski or even Octavio Dotel. Both guys have a good track record, and to be honest, along with losing Zach Stewart, I think Marc Rzepczynski was the second most valuable player in that trade going to St. Louis.

Earlier in the year, I think everyone can agree that the Los Angeles Angels got fleeced by taking on Vernon Wells contract. The Blue Jays were the undisputed winners in that trade, and no one could fathom why Tony Reagins would agree to that trade.

I think in some corners of the universe, people are thinking the same thing about the Blue Jays and Colby Rasmus. After the Cardinals traded him to Toronto, they rode off into the World Series while Rasmus struggled down the stretch.

To some, the Blue jays appeared to have lost that trade. However, it’s shortsighted to declare a winner and a loser with only two months of results to look at. And yet the Cardinals are heralded as the winners because they got rid of a bad seed in Colby Rasmus and subsequent thorn in the side of Tony LaRussa.

I can’t say for certain why the St. Louis Cardinals decided to give up on their star centre fielder, but I imagine part of it had to do with Rasmus’ strained relationship with the manager. And it’s unfortunate because it makes Colby out to look like the bad guy and LaRussa comes out smelling like roses.

If anyone is still convinced the Cardinals clearly won the Colby Rasmus trade, need I remind them this; Colby Rasmus is an everyday player at a premium position in centre field who is under team control for four more seasons.

Edwin Jackson is a free agent at the end of the season and Octavio Dotel only has an option for 2012. Again, the only thing that may come back to bite the Blue Jays is an emergence of Marc Rzepczynski who is under contract for over four more seasons.

In the end though, both teams got what they wanted out of the trade; the Blue Jays have an everyday centre fielder for the foreseeable future, and the Cardinals shored up some bullpen help and a back end starter for their playoff run.

The results paid dividends for the St. Louis Cardinals in the short term, but I have a feeling this trade will weigh heavily in favour of the Blue Jays in the long term.

Besides, we all know the real reason why the Cardinals made the playoffs in the first place. It was all thanks to this celebratory dance by Octavio Dotel at Busch Stadium in St. Louis back in late June.

Anything but a cash grab

The Phillies Perspective on the Halladay trade

6 thoughts on “How To Spell Relief in St. Louis: Rzepczynski and Dotel”