Very quickly, congratulations to the New York Yankees on becoming World Series champs. There was nothing overly dramatic about Game Six or the series in general, however good for the Yankees on coming out on top.

But for the New York Yankees organization, anything less than a championship this year would have been an utter disappointment. So after missing the playoffs for the first time in 13 seasons, they went out and snagged the best free agents on the market in the hopes of building another winning team.

This World Series in particular might have possibly been the most over-hyped when it comes to managing decisions. The media scrutinized Joe Girardi for only using a three-man rotation the entire playoffs, and they even grilled Charlie Manuel for something as simple as not starting the runners with one out.

Basically, people need to stop giving so much credit to Joe Girardi because I think even Cito Gaston could have managed the Yankees to a Championship. Just like the 1992 and 1993 Toronto Blue Jays, when you have the best group of players, often times they will come through when needed and these minute coaching decisions don’t really have an effect on the game.

After tonight’s MVP performance, Hideki Matsui certainly bought himself a fat contract with whichever team signs him in the off season. Initially I thought he might be a good fit for the Blue Jays as a DH, but now it appears that the price tag might be too high and I find it hard to believe that Matsui would leave his cozy nest in New York to shack up in Toronto.

Whether we like it or not, the New York Yankees are the World Series Champs. However, if any other team in the American League such as the Blue Jays had a payroll of $200 million dollars, they could also very well be standing in the Yankees champagne-soaked shoes. 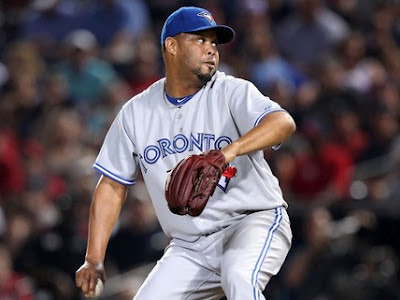